Space weather forecast: Solar storm with a chance of blackout

Cell phones, Internet, TV, GPS, weather forecasting. These technologies are now fundamental pillars of our societies. Losing them, even for a few minutes, could literally paralyze our society and cost enormous amounts of money. And yet, since these technologies are relayed by our satellites, they are threatened by our Sun. Our star regularly sends toward us huge amounts of energetic particles during solar eruptions to which satellites are very sensitive. While we are not yet able to predict these eruptions, Sophie Murray is studying their cause: sunspots. These are small dark spots that appear on the surface of the Sun, which can create violent and sometimes huge ejections of matter. Murray’s objective is to get closer to understanding them in order to be able to predict solar eruptions someday and thus prevent the risks of communication and electricity disruptions.

SPACE WEATHER: the effects of solar activity on communications technology

Could you briefly describe the goals of your research project?
I study the physics of the Sun, specifically looking at sunspots and solar flares. My research topic is ’Understanding the complex magnetic topologies of solar active regions’. Basically what this means is that I am hoping to better predict solar flares by looking at the magnetic fields of sunspots. I use data from satellites that observe the Sun to look at how the magnetic field changes over time before a flare occurs and then how it is changed by the flare. This has implications on Earth due to space weather, which can disrupt communications and electronics both on the ground and on satellites. 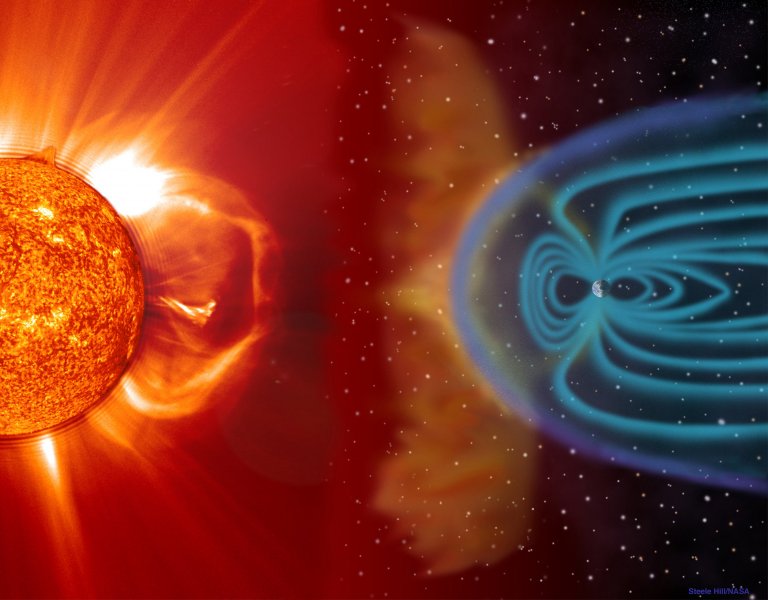 Space weather has a number of effects on the space surrounding the Earth; the most re cognisable might be the aurorae, also called the ’Northern Lights’. Sometimes not all the par ticles are deflected and they launch downwards into our atmosphere at the polar regions where they interact, resulting in emissions that give the aurora’s multicoloured glowing appearance in the skies. In periods of higher activity on the Sun, many more solar flares occur than normal, increasing the amount of particles and radio emissions ejected from the Sun. This increased activity can cause geomagnetic storms, which are formed when the solar flare causes the solar wind to hit the Earth’s magnetic field much more strongly, causing a temporary disturbance in the upper atmosphere. This can cause severe disruptions to communications and power grids across the globe. The increased activity can also cause aurorae to form in even lower latitudes, as far down as the equator in very strong events.

What are the impacts of space weather on aviation and space flight?
In terms of aviation, flight crews, passengers and on board electronics are all under direct exposure to space weather on transpolar flights. Here, they are exposed to higher levels of radiation, which increases during periods of high solar activity. Too much exposure can cause illness so flight crews must limit the number of flights they make yearly. Radio communications between pilots and the ground can also be affected, causing diverted flights if a storm occurs. The more accurately we can predict these storms, the better for the airlines operating these routes. Astronauts’ lives can be threatened due to the high dosages of solar radiation they are exposed to and to the energetic particles from the Sun bombarding the space shuttle. The spacecraft shielding and protection from their spacesuits must be sufficient or an increased dose of radiation and particles due to a solar flare could be lethal. Solar activity monitoring systems are imperative to keep the astronauts safe.

Why does solar activity affect human technologies such as GPS, satellites, or weather monitoring?
The particles accelerated during solar flares can damage and degrade electronics on board spacecraft. For example, microchips can be damaged, causing errors in software commands. Geomagnetic storms can also blind sensors on board the craft and interfere with electronics. Sufficient shielding for instruments on board satellites is necessary to prevent degradation and is an area of continuous research to improve the materials used. The signal propagation of GPS and other satellite navigational systems are also affected in a similar fashion, as well as the disruption to the electronics on board the satellites. The impact of this on the ground could be wide-spread, disrupting shortwave radio broadcasts, mobile phone networks and transport navigation systems. 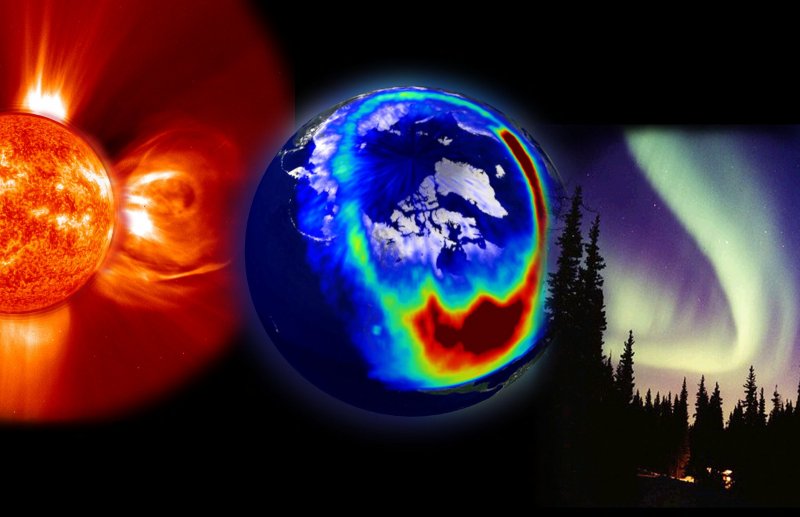 What are the long-term perspectives on that topic?
In order to minimise the impact of space weather on our technologies, a solar activity-forecasting infrastructure must be developed between governmental and commercial sectors. But first, we as scientists must understand the fundamental physical processes involved in driving space weather, such as sunspot magnetic fields. The more we know about these processes, the more we can improve statistical models to predict when a flare will occur. The accuracy of prediction methods available presently needs to be increased, in order to be able to predict solar activity over shorter time scales of hours rather than days. Scientists do need as near-real time solar data as possible for space weather predictions.
Sunspots are regions on the surface of the Sun that appear as dark spots and have very strong magnetic field. Solar flares are a very releases of large amounts of energy, which is stored in the solar atmosphere. The flares can hurtle towards Earth in the form of very energetic particles, X-rays, ultraviolet and radio emissions, amongst others.

Image 1 : Crédit photo NASA/courtesy of nasaimages.org
Image of the sun taken by the NASA “SOHO” spacecraft in 2003.
Image 2 : Collection of images depicting the Sun’s impact on Earth: starting with a solar flare eruption on the Sun on the left, causing changes in the Earth’s atmosphere in the centre leading to the occurrence of the aurora in Alaska in the image on the right.