The Promises of Autophagy

What is the role of “self-eating” in cells, and how does it impact health and longevity?
Commonly known as autophagy, this cleaning process helps fight stress damage, which is created in cells when they produce energy. If the damage is not repaired, protein aggregates tend to accumulate with a toxic effect on cells, eventually leading to their death. These proteins must therefore be eliminated. This elimination happens through autophagy, which protects cells against premature death.
Internationally recognized as a preeminent life scientist, Prof. Guido Kroemer has studied the positive role of autophagy in detail. By helping to remove oxidative damage, or dysfunctional parts of the cells—which is responsible for aging at cellular level—its action can increase lifespan. Kroemer has also focused on the role of autophagy in preventing neurodegenerative diseases, as it plays an essential role in cellular destruction of the protein aggregates responsible for these diseases.
We know that autophagy protects cells from premature death; however, as the underlying mechanisms are not yet fully understood, they are at the top of Kroemer’s agenda.
He is also investigating what factors may play a significant role in autophagy, in order to stimulate and enhance the process. To begin, Kroemer is studying the potential regulators of autophagy at a chemical level.
However, he also suggests that there may be specific actions we can take to encourage this beneficial process at an individual level. We all know that a low-calorie diet is good for our health. But what we may not know is that this health benefit, according to Kroemer, is caused by an increase in the rate of autophagy. This is yet another good reason to eat a healthy diet and exercise more!

As an eminent specialist in apoptosis, or programmed cell death – a process of natural cell death that becomes dysfunctional in certain human diseases – Guido Kroemer is also at the forefront of research on autophagy, an emerging biomedical field. Research has recently shed light on the importance of cellular “self-eating”. However, Guido Kroemer has also demonstrated that this process plays a role in keeping organisms in good health. This discovery has led him to his current research investigating the impact of autophagy on lifespan. The first results of his project, which has been financed over the past three years by the AXA Research Fund, are quite encouraging. 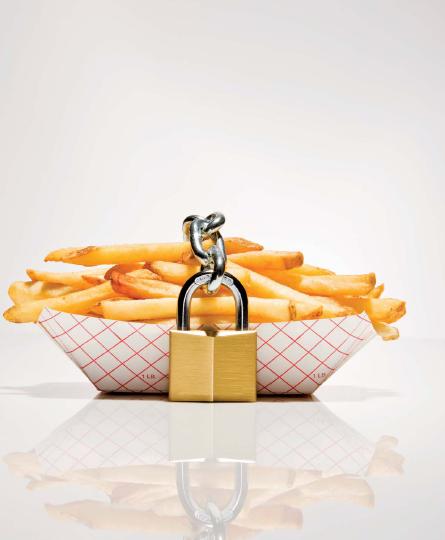 How is the study of apoptosis linked to that of autophagy?
Our laboratory is interested in studying how cells move from the stress phase (linked to nutrient starvation, oxygen deprivation, etc.) to an irreversible phase whereby they commit “cell suicide”. This first phase is very often associated with autophagy.

How does autophagy protect cells?
Stress causes damage to cellular organelles and reduces their energy supply. Autophagy allows a cell to tap into its energy reserve in order to protect itself and remove the damaged organelles, thereby preventing any further injury. Autophagy is therefore a way in which the body tries to return to normal.

Can this process be triggered and would this have a positive impact? 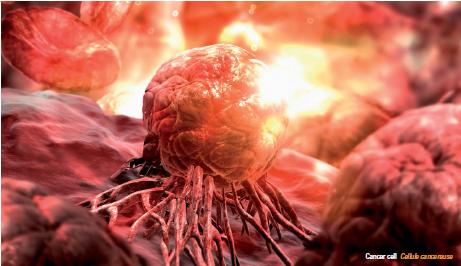 We very recently discovered that spermidine – a substance that is naturally present in our cells – could actually induce autophagy when tested in vitro and when injected in mice. Lifespan increased in the primitive organisms used in our studies on lifespan (i.e. yeast, nematode worms and fruit flies). However, deactivating the genes responsible for autophagy in these organisms made this benefit disappear. The same observations were made with other molecules in which we induced autophagy, including resveratrol, a polyphenol found in red wine, and rapamycin, an immunosuppressant drug. Our preliminary conclusion is that any genetic or pharmacological manipulation that aims to increase the lifespan of primitive organisms can only do so if autophagy is functioning.

Have you been able to measure the resulting increase in lifespan that you obtained?
Most of the results increased lifespan by 15% to 30%, which is considerable. The average maximum lifespan was increased, which allowed the organisms to have a normal existence.

What research orientations are next on the agenda for you? 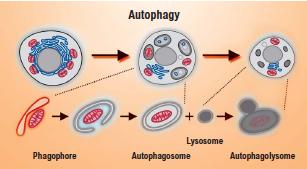 Several studies have shown that reducing calorie intake increases lifespan. We also have proof that this benefit is caused by an increase in the rate of autophagy. We would therefore like to analyse this process on a molecular level in order to understand how it is regulated in the tissues. Our second orientation is more speculative. We aim to find a toxicfree way to induce autophagy in humans using pharmacological agents in order to prevent the suffering caused by reduced calorie intake, while obtaining the same results.

Autophagy also opens new perspectives for fighting ageing. What are these?
Certain neurodegenerative diseases have given us some clues. We recently discovered that autophagy plays an essential role in cellular degradation of the protein aggregates responsible for these diseases. The same aggregates are also found in the very elderly. By extrapolation, we could hypothesise that a lifestyle or eating habits that promote autophagy would have a positive impact on neuronal ageing for the general population.