Traditionally, medicine and engineering have lived in two different and separate worlds. Rooted in physics, chemistry and mechanics, engineers focused on the inanimate universe concentrating on biology, biochemistry and genetics, whereas medicine focused on the organic world. Now though, researchers from each world are beginning to see how much they each stand to benefit from the unique tools and approach of the other. Nowhere is this more true than in the ongoing battle against cardiovascular disease, the world’s leading cause of mortality.
The creation of the AXA Chair for Cardiovascular Cellular Engineering at France’s Ecole Polytechnique and the nomination of Prof. Abdul Barakat as its first holder constitute important steps forward in this new approach to cardiovascular disease. By applying modern engineering tools to cell biology, especially at the micro- and nano-scale, he is contributing to a better understanding of both normal and abnormal cellular functions. The chair will study the development and treatment of atherosclerosis through an interdisciplinary approach combining biology and engineering.
The two leading cardiovascular killers, coronary heart disease and stroke, both involve dysfunction of a particular type of cell called the endothelium, which constitutes the interface between the bloodstream and the arterial wall. When endothelial cells become dysfunctional, the arterial wall thickens—known as atherosclerosis—and the artery may be eventually blocked entirely. Genetic and lifestyle factors are involved, but so are mechanical factors and that’s where engineering expertise can be critically important.
In their research into atherosclerosis, engineers such as Barakat and the members of his team are investigating how such mechanical considerations as pressure, frictional forces and stretch forces regulate endothelial cell function. This information is applied towards devising novel endovascular devices for enhancing the flow of blood through obstructed arteries. Another focus is examining the possibility of drug delivery against atherosclerosis via the intravenous injection of nanoparticles, a treatment that is highly targeted and non-invasive. Barakat’s team aims to establish the mechanical environment needed for optimal delivery of nanoparticles to endothelial cells.

Cardiovascular diseases are the leading cause of mortality in the world. The subject is particularly important in the Western world, and its relevance is increasing worldwide. Abdul Barakat has launched a new program at the Ecole Polytechnique to help understand the basic mechanisms of these diseases and to bring engineering expertise to the design of drug delivery devices and strategies that can help to find a cure.

Could you briefly describe what are cardiovascular diseases? 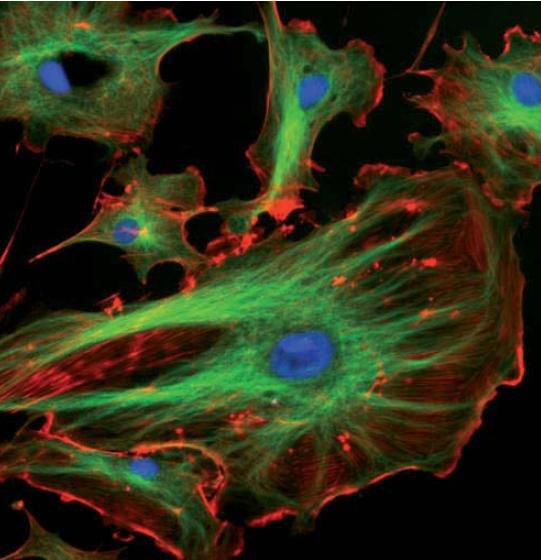 The two main cardiovascular diseases are coronary heart disease and stroke. In their early stages, these pathologies involve dysfunction of a type of cell in the arterial wall called the endothelium. Endothelial cells form the interface between the bloodstream and the arterial wall, and dysfunction of these cells is critical to the formation of atherosclerosis, which leads to thickening of the arterial wall and blockage of arteries by lipid-rich plaques. In Europe, 25% of male deaths and 27% of female deaths are attributable to atherosclerosis (2005 BHF Report), and the financial burden of the disease in both direct health care and non health care costs has been estimated at 200 billion € per year. So there are huge human and financial costs.

What is “Cellular Engineering”?
Cellular Engineering is the application of engineering for understanding and manipulating cellular function. Engineers bring a quantitative view of pathologies such as cardio vascular disease. What we have learned over the past 25 years is that cardiovascular disease is controlled not only by genetic and lifestyle factors but also by mechanical considerations such as pressure forces, frictional forces and stretch forces to which endothelial cells are subjected. Engineers’ expertise is critical to understanding the mechanical environment within the arterial system. Engineers are also uniquely positioned to study the effect of mechanical stimuli on the cells of the arterial wall. One other aspect engineers contribute to is the design and implementation of devices and drug delivery systems to treat the disease. So engineers can bring a highly original approach to biology and medicine.

Why does this approach bring new possibilities for cell biology? 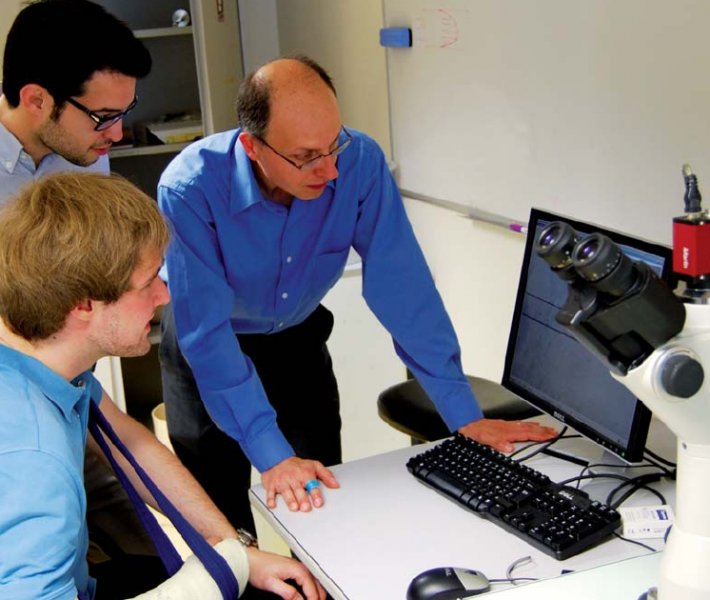 Applying engineering to cell biology promises to provide a much more quantitative and exact understanding. Modern tools, particularly at the micro- and nano-scale, allow us to apply engineering science to cells in much the same way that it has traditionally been applied to various areas such as aeronautics, structures, manufacturing, the environment, etc. This promises to enhance our understanding of normal cellular function as well as dysfunction in disease. Biological engineering also allows the discovery of new therapeutic strategies and thus contributes to extending life expectancy. A goal of the AXA-Ecole Polytechnique Chair is to develop a generation of young engineers sufficiently versed in biology to pose physiologically- relevant questions and to formulate original approaches. Top engineering universities in the United States such as MIT, Stanford and UC Berkeley have invested massively in biological engineering programs. There has also been significant investment in some European countries including the United Kingdom, Switzerland, and the Netherlands. However, this interdisciplinary approach combining biology and engineering has not developed nearly as much in France, and we wish to change that. We believe that we are in the right place to make significant breakthroughs since Ecole Polytechnique attracts some of the best engineers in France who will be future academic and industrial leaders.

Do you aim for a change of mindset?
Yes, we aim to change the current mindset that limits interactions between engineers and biologists. We have to convince people that these two fields can go hand in hand and benefit from one another. France has strong expertise in biology and in engineering, but they have remained mostly separate fields. The goal of this new initiative is to build a world-class program which fosters highly interdisciplinary collaboration.

How do you plan to overcome differences in ways of thinking?
The Chair has several elements. In addition to a strong basic research program, there is an extensive teaching and mentoring component. We are going to launch a new Master’s degree and new classes at the interface between biology and engineering. We need to develop a generation of young engineers who are able to formulate original and quantitative approaches to cardiovascular science. In addition, graduate students with both engineering and biology backgrounds will meet regularly to discuss research papers and learn one another’s vocabulary. We will set up a seminar series, the AXA Distinguished Cellular Engineers seminar series, which will expose our students to out - standing work in this field. Other activities of the Chair will include a European exchange program for our students to get a feel for the type of research in this field in various other European countries as well as public outreach activities with the goal of making high school students aware of the field of Cellular Engineering and the outstanding career opportunities it provides. 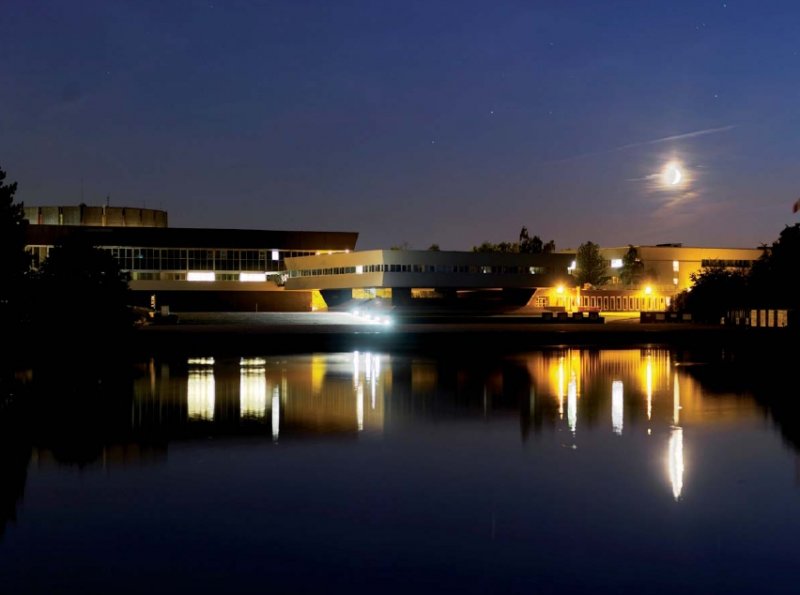